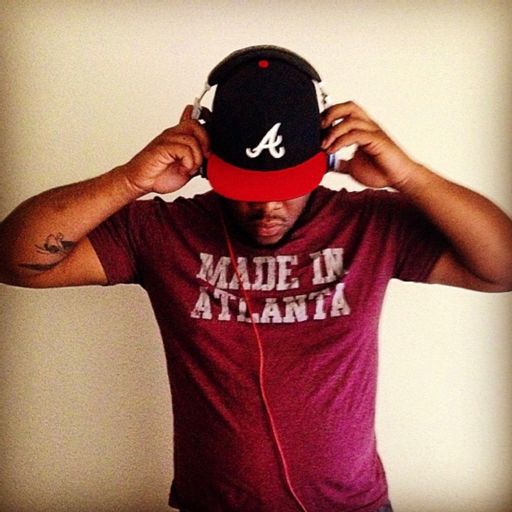 DJ FyeMeUp, hailing from East Atlanta, Georgia was just a young man that loved music. What started as simply collecting music has developed into a music catalog of over 40,000 songs and counting. For several years, he shunned the idea of being a DJ, even after blazing the tunes with only two stereos for his first party-a house party in East Atlanta. In 2010, adamantly deciding he was going to be a DJ. Over the next couple of years, he spent hour after hour practicing, finding his style, and observing crowd reaction. A major part of his growth was through several years of house parties and special events. Everything was rolling right into place when FyeMeUp was born! In 2013, Antonio coined the name, DJ FyeMeUp. You didn’t have to be inside of PAG Lounge to hear it. “Ay DJ, FyeMeUp!” would pour into the hallway as artists would tell the DJ to drop the music. PAG Lounge introduced DJ FyeMeUp (sometimes Fye) to showcase life where he could connect with other likeminded and passionate individuals. Fye has had the opportunity to spin at venues such as Music Room, WonderRoots, UnionEAV, and Aisle5. His portfolio also includes names such as Coca-Cola, Habitat for Humanity, and Chick-fil-A. Early 2016, DJ FyeMeUp began a weekly traffic mix for AUMA Radio which was a mix of strictly independent artists. Later in 2016, he joined Audible Hustle Entertainment. Under the label, Fye has had the opportunity to tour in southern parts of Georgia, Alabama, Louisiana, Tennessee, and Kentucky. Today, DJ FyeMeUp hosts his own podcast via Indie Creative Network. #FyeMeUp ATL drops weekly featuring indie hip hop and R&B artists in the Atlanta, GA area. Although a long way from two stereos at a house party, DJ FyeMeUp will not stop here. He plans to go as far as the business will take him. Up is the only way. Ay DJ, FyeMeUp!

I always find a gem or two on FyeMeUp's lastest podcast. I can respect a DJ that continues to work with artists to break new music. Stay Lit, Fye.

I checked out your podcast a couple months ago just to get a glimpse of Atlanta music before visiting from Minneapolis. Not only was I not disappointed, it’s become one of my very favorite podcasts. Thank you so much man, my appreciation of Atlanta is through the roof because of you. You are always welcome to come freeze your ass off with us up in Minnesota! Cheers,

DJ Fye Me Up joins the Indie Creative Network to serve up the indie sounds of Atlanta. This new weekly podcast features music from Jimmy Hennec , Tate DuMonde, J-Coop, Castor …

Season 4 Episode 25 Part 4 of the #FyeMeUp ATL podcast featuring exclusive tracks from artists from Season 3 and 4. We celebrate the 100th episode of #FyeMeUp ATL Podcast......