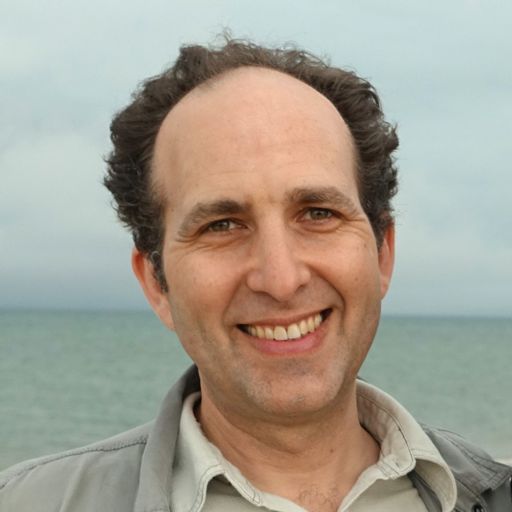 Scott Snibbe is a twenty-year student of Tibetan Buddhism whose teachers include Geshe Ngawang Dakpa, Choden Rinpoche, Ven. Rene Feusi, Lama Zopa Rinpoche, Gyumed Khensur Rinpoche Lobsang Jampa, and His Holiness the Dalai Lama. Inspired by his teachers, he leads meditations that infuse the pure lineage of the great Buddhist masters with science, humor, and the realities of the modern world. Before founding A Skeptic’s Path to Enlightenment, Snibbe worked as a digital artist and entrepreneur. He has created bestselling art and music apps, and collaborated with musicians and filmmakers including Björk, James Cameron, and Philip Glass. His interactive exhibits have been collected by both science and art museums, including the Whitney Museum of American Art and New York’s Museum of Modern Art. His most recent company, Eyegroove, was acquired by Facebook to incorporate its augmented reality effect technology into Facebook, Instagram, Messenger, and WhatsApp.

Stephen Butler has been a student of Buddhism for 30 years. Since 1999 he has trained under Geshe Ngawang Dakpa, one of the last Lamas schooled in Tibet’s original monasteries. Stephen’s other teachers include His Holiness the Dalai Lama, Denma Locho Rinpoche, and Choden Rinpoche. He holds a degree in East Asian Studies and Religious Studies from the University of Arizona. Stephen works in the field of Native American and Indigenous music to deepen our understanding of Indigenous cultures. At Canyon Records he produced more than 230 studio and live productions, including 20 Grammy-nominated recordings by artists including R. Carlos Nakai and Northern Cree. Stephen’s volunteer work in Himalayan Nepal, India, Sera Jey Monastic University, and San Francisco’s Tse Chen Ling merge his interest in Dharma, his passion for cultural preservation, and his work in media production.

I'll be the first to admit it, I'm a bit allergic to 'spirituality'. My first yoga class featured chanting and much talk of chakras, and it kind of put me on edge. I'm Buddhist-curious, finding its teachings and particularly the overall values extremely appealing, but always felt a bit hesitant due to my rather skeptical attitude. Scott is, so far, offering a very nice introduction to many directly applicable concepts and values in a great and easy to listen to format. It helps that his voice is absolutely excellent — you'd think he'd have become a podcast pro a long time ago. :) Following this podcast with great interest!

This is an important podcast. The main thing neuro scientists agree on about the way our brain functions is that our reptilian brain will drive us towards our most destructive behaviors. Meditation is a way to bypass that. For this simple reason, skeptics should listen and get this in their toolbox.

How Things Exist: Emptiness, Dependent Origination, and your Smartphone

The Buddhist view on reality, called emptiness, combines the awe of scientific knowledge with the inner, experiential knowledge that comes from meditation and critical reasoning to arrive …

Meditation on Equanimity for Parents and Teens

Buddhist counselor Richard Prinz leads an analytical meditation on equanimity to develop compassion, introspection, love, and non-attachment for teenagers and their parents.

Listen to A Skeptic's Path to Enlightenment